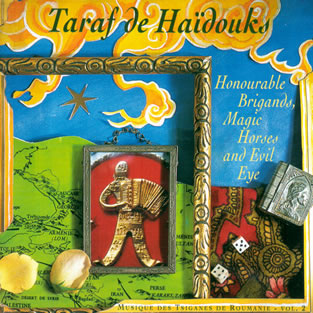 The second album by Taraf de Haïdouks, recorded in Romania in 1994.

Reactions were even warmer than for the 1st album (“Honourable Brigands” was for example voted best world music album of 95 by the German critics association). More extensive tours took place, and a 52 minutes documentary on the band was shot by French director Guy Demoy and co-produced by Crammed and French-German TV channel ARTE.